Noor Elashi, daughter to imprisoned Holy Land Foundation (HLF) co-founder, Ghassan Elashi, and Michael Ratner, President Emeritus of the Center for Constitutional Rights joined supporters for what may be the last public showing of solidarity for the Holy Land Five defendants before the Supreme Court is scheduled to conference on whether they will rule on the group’s 2008 conviction for alleged crimes under the Material Support to Terrorists statute.

Yesterday’s press release and rally in-part helped to rekindle public interest in the Holy Land Five case.   Journalists like Natasha Lennard, who penned a thoughtful and detailed piece for Salon.com, Russia Today’s Abby Martin for her in-depth interview with Noor, the producers at Democracy Now! who have provided ongoing coverage, influential supporters like Glenn Greenwald and Mona Eltahawi who showed support on twitter, as well as artists like singer-songwriter David Rovics, who wrote a folk song summarizing the case all helped entice people to show solidarity through multiple events around the country.

The Supreme Court is expected to have conferenced on wether or not to hear the HLF’s petition of cert this afternoon (October 26, 2012).  The court will likely publish their decision sometime on Monday (October 29, 2012).

Below is a portion of Noor Elashi’s statement read aloud yesterday to supporters & the media.  This was first published earlier this week on Electronic Intifada.

“Let us not be brought down”: Last legal recourse for Holy Land Five

This Friday, the US Supreme Court will likely decide on whether to hear the Holy Land Foundation case in which my father is a defendant. The decision will come after 11 tumultuous years of raids, arrests, trials and appeals. This will be the last legal recourse for the Holy Land Five charity leaders, who are now serving sentences ranging from 15 to 65 years.

During this uncertain time, all I have are my father’s words. I grasp them with my heart. “May God bring showers of mercy and comfort onto you,” he writes with his customary cursive, “and spread carpets of patience and perseverance upon you so you may find it easy to reach your hopes in life.”

I want to tell him my hope is to see him out of that prison uniform. My hope is to phone him whenever I want instead of waiting for him to call. My hope is to wrap my arms around him, allowing my shoulders to embrace his, which I have not been able to do in more than three years.

Perhaps that day will come soon. Or not. We’ll know more as the next few days unfold.

My father, Ghassan Elashi, has told me that when he co-founded the Holy Land Foundation in 1989, he knew it would be challenging because American foreign policy has been in favor of Israel, and thus, Palestinian sovereignty has not been a main concern.

Although the Holy Land Foundation’s funds were distributed across the world, a large percentage of their donations went to Palestine. So as the HLF blossomed, becoming the largest American Muslim charity, it came as no surprise that a campaign was launched against it in the 1990s, a campaign led by pro-Israeli politicians and lobby groups that repeatedly attempted to make connections between the HLF and Hamas. But authorities found no reason to close the charity.

That is, until three months after 11 September 2001, when the Bush administration — motivated by the politics of our time — used an executive order to shut down the Holy Land Foundation.

I am still in shock that the case has gone as far as it has because in its essence, the HLF case is about a bold humanitarian endeavor that was put to an end.

Nonetheless, the story has carried on, year after year. Prosecutors used the Material Support Statute, enhanced by the Patriot Act, to charge my father in 2004.

The vague nature of the law made it easy for prosecutors to claim that the Holy Land Five gave “material support” in the form of charity (food, blankets, medicine, etc.) to Palestinian zakat (charity-giving) committees that were allegedly “controlled by or worked on behalf of” Hamas and thereby helped Hamas win the “hearts and minds” of Palestinians.

The jury from the first trial was not convinced of the prosecution’s perplexing narrative, especially because none of the zakat committees are listed as designated terrorists by the Department of Treasury. In fact, these zakat committees, or distribution centers, listed on the Holy Land Foundation’s indictment also received funds from American government agencies, most notably USAID, the United States Agency for International Development.

Although the first jury deadlocked on most counts, the jury from the second trial returned all guilty verdicts. My father received a sentence of 65 years and was moved away from my family in Dallas to a Communications Management Unit in rural Illinois. The CMU, located in the city of Marion, mostly holds Muslim men charged after 11 September 2001. The purpose of this secluded prison, opened during the Bush administration, is to restrict the amount of phone calls and visitations the inmates get, all while monitoring their every move.

For the past couple of years, my father’s lawyers have continued to appeal the case, but the convictions have been reaffirmed at every level, which brings us to now.

In their 26 October conference, the Supreme Court is expected to review our petition for writ of certiorari. In this petition, the defense team states that the HLF case “presents the perfect opportunity for the court to determine whether or under what circumstances the prosecution can present anonymous witnesses.” They are referring to the prosecution’s star witness, an Israeli intelligence officer who testified under the false name of “Avi,” making it the first time in American history that an expert witness was allowed to testify using a pseudonym.
Defense lawyers state that Avi’s testimony violated my father’s sixth amendment right to confront his accuser.

In fact, “To forbid this most rudimentary inquiry at the threshold is effectively to emasculate the right of cross-examination itself,” they argue, quoting the Court’s established opinion on the matter.

In the petition, defense lawyers also argue that prosecutors presented hearsay evidence, documents that predated the 1995 designation of Hamas, documents with unknown authors and documents seized from co-conspirators who were not defendants in the HLF case.

As I revisit my father’s words, I realize I’ve already seen them come to life. I was beneath the “showers of comfort” when the judge declared a mistrial following a hung jury precisely five years ago on 22 October 2007. I walked down the “carpet of perseverance” when I heard jurors announce the guilty verdicts nearly four years ago, just weeks after the US presidential elections.

And now, with the upcoming elections less than two weeks away and as the highest court of the land decides on the fate of the Holy Land Five, I want to say to my father: no matter what happens in the next few days, let us not be brought down. Let us hold on to that patience and mercy as we keep moving onward. Remember, baba, we are approaching not the end, but the beginning. And you will remain in the consciousness of many until the day you are exonerated.

A multi-city day of action to free the Holy Land Five is being planned on Thursday, 25 October, across the US. Click here for more information. That day, Noor Elashi will also hold a press conference in New York along with members of the Center for Constitutional Rights.

A writer based in New York City, Noor Elashi holds a Creative Writing MFA from The New School. She is currently working on a father-daughter memoir. To learn more about the HLF case, visit www.freedomtogive.com. 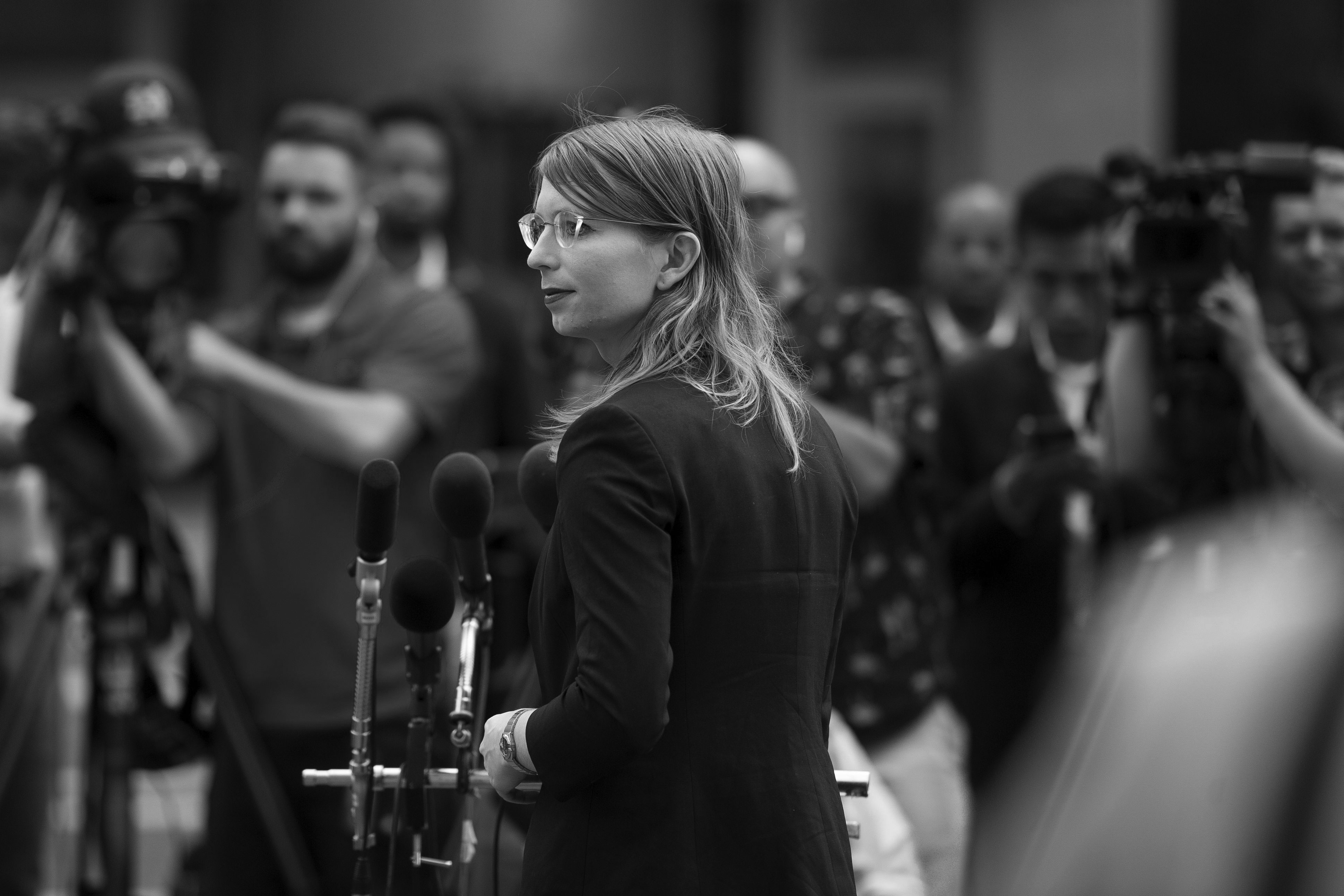 Judge Says Chelsea Manning Can Pay Fines, Despite Evidence to the Contrary 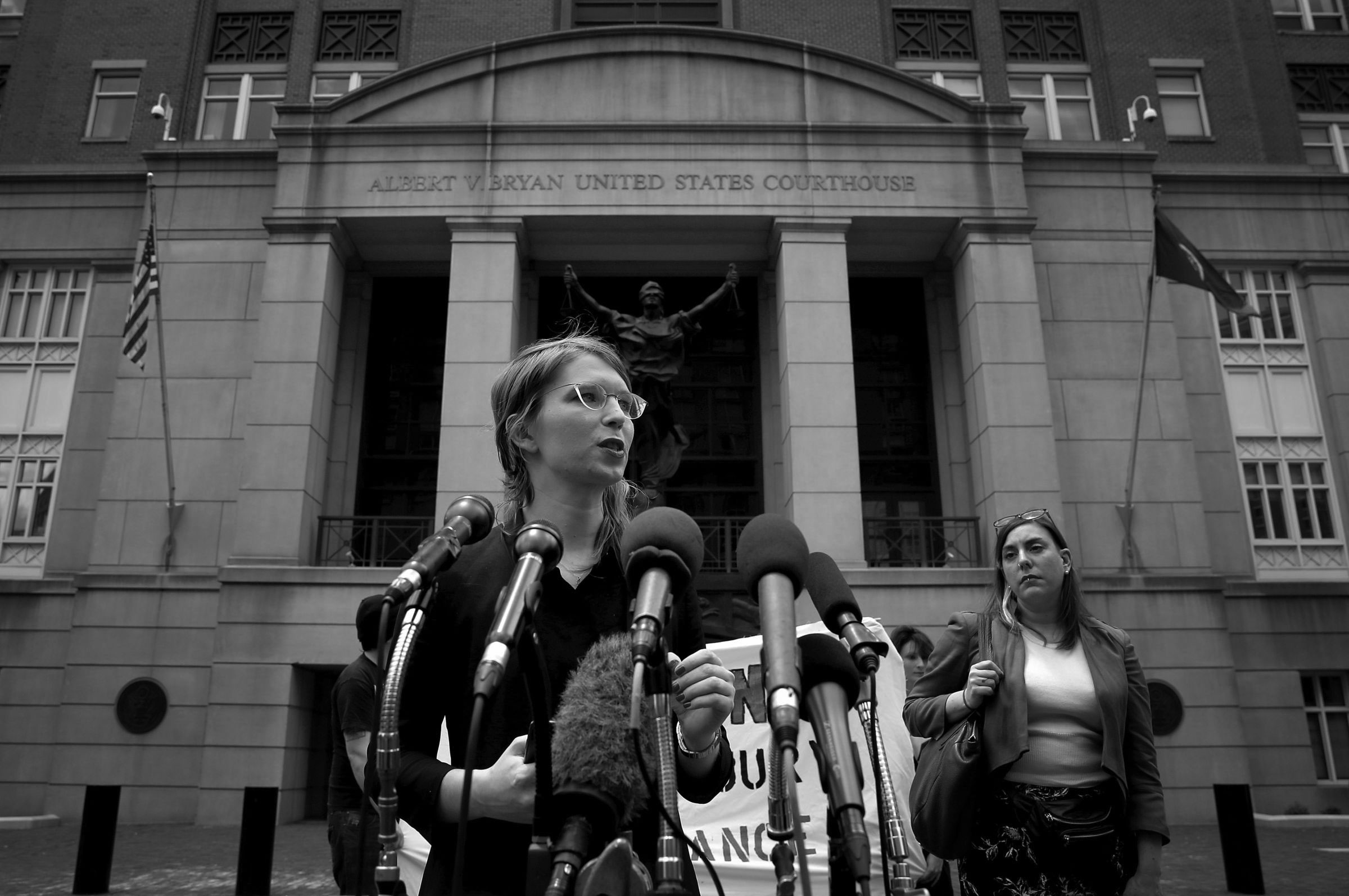