NEW YORK, NY —  At 11:00am EST Nadya Tolokonnikova and Masha Alyokhina of Pussy Riot / Zona Prava visited New York’s Rikers Island to meet with jailed Occupy protestor Cecily McMillan. Cecily, who was groped and beaten by the NYPD on March 17, 2012, was convicted of assaulting a police officer on May 5, 2014, and was immediately remanded to the New York Department of Corrections until her sentencing hearing on May 19, 2014. The purpose of Tolokonnikova and Alyokhina’s visit was to show solidarity with Cecily and to learn more about the injustices she experienced.

Since their incarceration in Russian prisons for their own political protests Pussy Riot’s Nadya Tolokonnikova and Masha Alyokhina have been outspoken in showing solidarity to political prisoners around the world. Since her imprisonment, Cecily McMillan has seen a groundswell of thousands of supporters calling for her release via a Change.org petition. Cecily’s supporters have also included several unexpected shows of solidarity. On Thursday May 8, 2014, nine of the twelve jurors that convicted McMillan signed letters to Judge Zweibel requesting he show Cecily leniency at sentencing. New York City elected officials are also expected to hold a press conference at City Hall on Monday May 12, 2014 at 12pm wherein they too will be asking for leniency for Cecily.

“On May 9th, Nadezhda ‘Nadya’ Tolokonnikova and Maria ‘Masha’ Alyokhina, who were persecuted for their involvement in Pussy Riot, specifically their Punk Prayer performance in Moscow, Russia, met up with the Justice For Cecily Team in preparation for their visit to Cecily McMillan at Rikers Island. They were very interested to learn about the injustices in this case, specifically in the prosecutorial process and the nested relations between Wall Street, the justice system and elected officials. Nadya and Masha identified with Cecily’s plight, especially the disproportionate sentencing she faces. We thank Nadya and Masha for visiting, and hope their visit will draw attention to Cecily’s case in the larger context of stifling dissent whether here, in Russia or elsewhere in the world.”

You can sign the petition to release Cecily McMillan on Change.org HERE

More information on how to support Cecily McMillan can be found HERE. Journalists who would like to obtain comment from McMillian or her legal team can contact Stan Williams at 256-323-1109 or via email at t4swillia3@gmail.com as well as Lucy Parks at 540-810-5531 or via email at wegrewuptwofast@gmail.com To request a high resolution image of the photograph above, please email andy@sparrowmedia.org 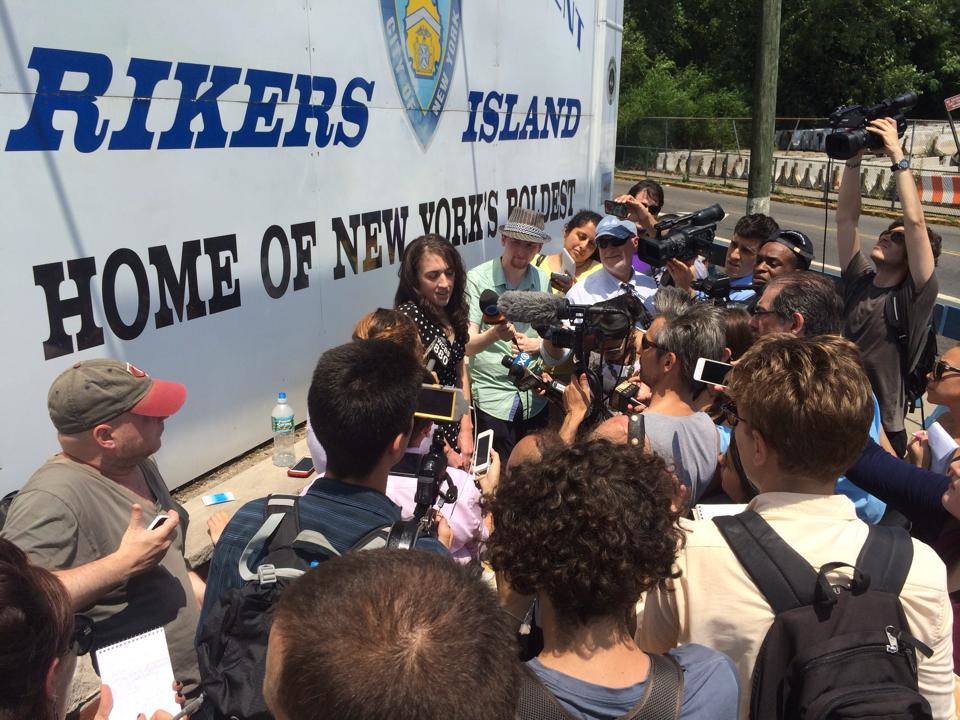