New York, NY — The American Civil Liberties Union announced today that a Periodic Review Board hearing has been scheduled for June 2 to review the detention of Guantánamo prisoner Mohamedou Ould Slahi.

Slahi’s deeply personal memoir, “Guantánamo Diary,” climbed to the top of The New York Times bestseller list last year and has been translated and published in more than 25 countries. The Mauritanian citizen has been imprisoned since 2002, but the U.S. government has never charged him with a crime.

“Mohamedou Slahi will finally get the hearing that President Obama ordered five years ago and that Mohamedou has sought for years, including fighting for it in court,” said Hina Shamsi, director of the ACLU National Security Project.“More than anything, Mohamedou wants to show the board that he poses no threat to the United States and should be allowed to return home to his family where he belongs.”

The PRBs, as they are known, assess whether a Guantanamo prisoner’s ongoing detention is justified or not, based on whether he presents a significant security threat to the United States. They include officials from the military and intelligence communities, as well as the Departments of Homeland Security, Justice, and State. President Obama created the process in 2011 and ordered it completed within a year, but it took two years for the first hearing. Since then, the boards have cleared for release 19 out of the 22 detainees for whom it has issued decisions.

“After being detained for 14 years without charge, Mohamedou has in many ways become the poster child of the US government’s program of indefinite detention.,said Nancy Hollander, one of Slahi’s attorneys. “Despite the conditions of his detention, Mohamedou’s spirit and kind nature has shone light into some of the darkest corners of Guantánamo’s detention camp and his book has helped people all over the world see the deeply human side of what has come to seem like an unending cycle of conflict and injustice.”

PRBs are different from, and do not substitute for, habeas review in federal court, which determines whether detention is lawful. In 2010, the federal district court judge in Slahi’s habeas case ordered him released, but the Obama administration successfully appealed. The case was sent back to the district court where it is now awaiting further action.

Lt. Col. Stuart Couch, refused to prosecute Mohamedou after determining that the U.S. military extracted statements from him by torture. And the former chief prosecutor for the Guantánamo military commissions, Col. Morris Davis, has said that he was unable to find any evidence that Slahi had engaged in any acts of hostility against the United States.

Slahi was born in Mauritania in 1970 and won a scholarship to attend college in Germany. In the early 1990s, Slahi fought with the mujahidin in Afghanistan when they were part of the Afghan anti-communist resistance that included al-Qaeda and were supported by the U.S. The federal judge who reviewed all the evidence in his case noted that the group then was very different from the one that later came into existence. He worked in Germany for several years as an engineer and returned to Mauritania in 2000. The following year, at the behest of the U.S., he was detained by Mauritanian authorities and rendered to a prison in Jordan. Later he was rendered again, first to Bagram Air Force Base in Afghanistan and finally, in August 2002, to the U.S. prison at Guantánamo, where he was subjected to severe torture.

Slahi was one of two so-called “Special Projects” whose treatment then Secretary of Defense Donald Rumsfeld personally approved. The abuse included beatings, extreme isolation, sleep deprivation, sexual molestation, frigid rooms, shackling in stress positions, and death threats. He was also told that his mother was being arrested and brought to Guantanamo.

Slahi’s book, Guantánamo Diary, the first and only memoir by a still-imprisoned Guantánamo detainee, was published from a 466-page handwritten manuscript. In January 2015, after a years-long battle with government censors, the book was released with over 2,500 government redactions.

Book excerpts and video and audio content can be found at: http://www.Guantánamodiary.com

More information is at: https://www.aclu.org/feature/free-mohamedou-slahi 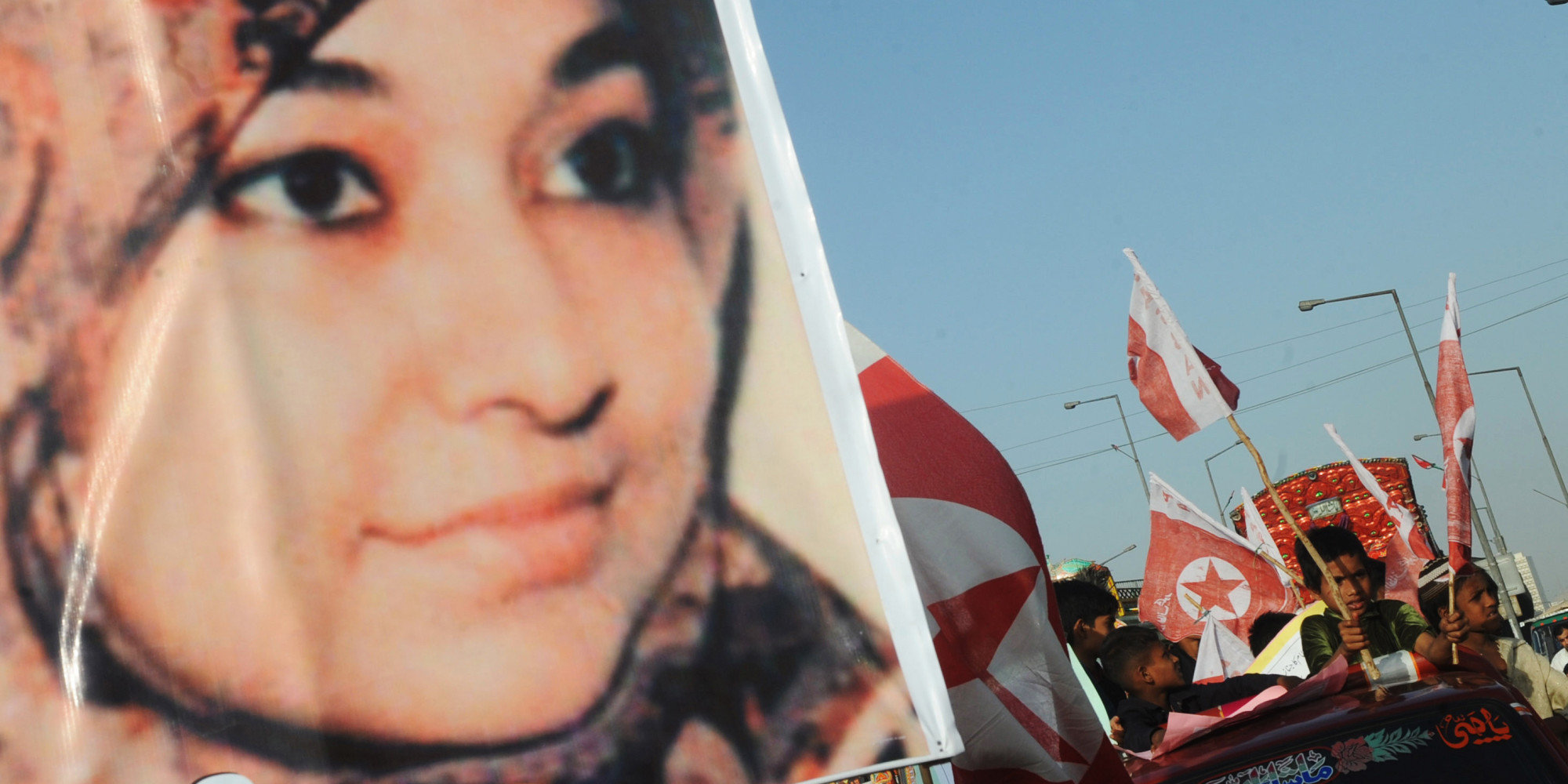 In Search of Prisoner 650, The Story of Aafia Siddiqui: A Free Film Screening & Press Conference at NYC’s Diversity Plaza 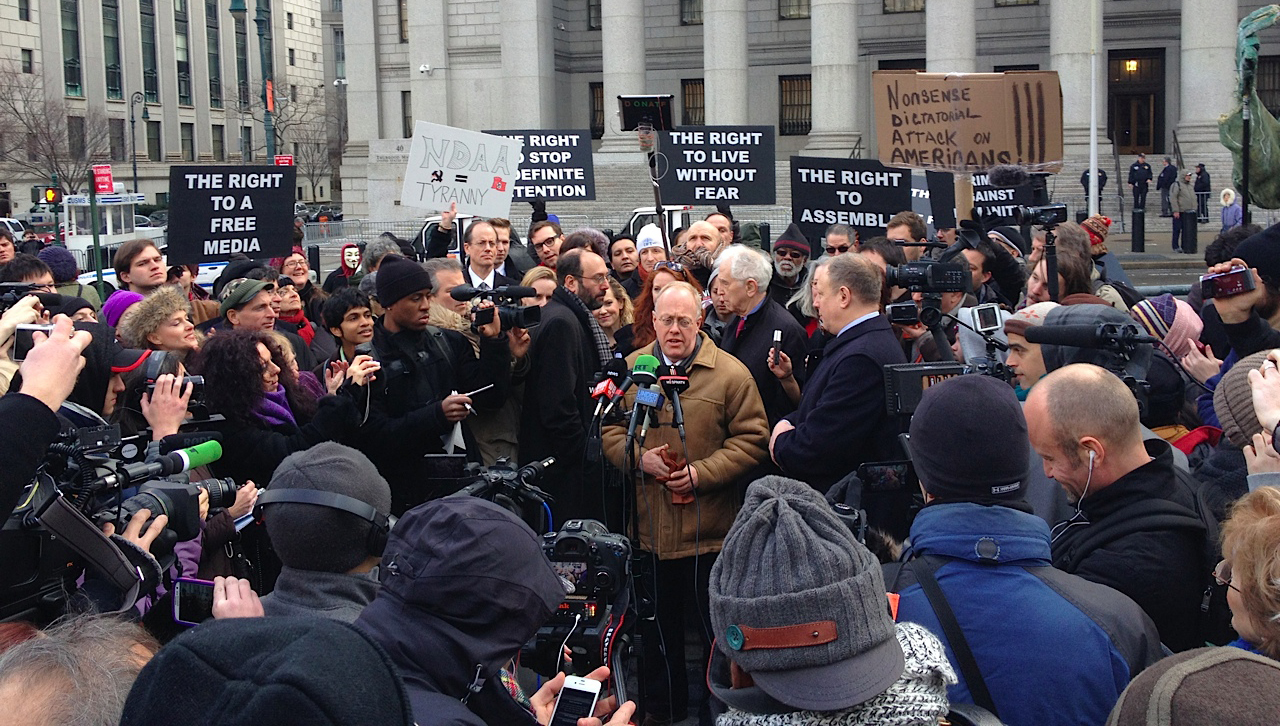