If, in fact, there is anyone left who still believes that Barack Obama is a progressive, I offer this past Friday’s raids on peace activists in Minneapolis and Chicago as proof to the contrary. The homes of eight activists were invaded and their belongings confiscated due to their support of the Palestinian cause and the resistance in Colombia, as well as their criticism of the hegemonic wars being waged by the US.

In a nation whose de facto motto is, in Randolph Bourne’s words, “War is the Health of the State,” this should come as no surprise. The powers that be (Wall Street; defense contractors; private militias, etc) and the government they control have a vested interest in maintaining and expanding the status quo of mass, state-sanctioned violence and misery. It is common knowledge that the oil cartels and the inner circle of elite corporations have made obscene profits off of the hell unleashed by the US on the Middle East. It is also a point of dark humor among the rest of the world that Israel is the 51st state in the Union, as the US government consistently, with no deviation, condemns any UN resolution critical of the former, however effete and benign that resolution may be. What is not as widely known is that Colombia, with its repressive (and capitalist-friendly—surprise, surprise) regime is, as former FBI agent Coleen Rowley points out in an interview on Democracy Now!, the third largest recipient of US military aid. It stands to reason, then, that anyone who is shining the light of truth on these horrible events is a target of the war machine.

The raids were clearly political, in nature; obviously a means of attacking an ideology, as the victims were affiliated with a number of groups opposed to US policies, including the Freedom Road Socialist Organization—not the “S” word! As Colombia solidarity activist Tom Burke, one of those handed a subpoena by the FBI, said, “[The raids] are designed to suppress dissent and free speech, to divide the peace movement, and to pave the way for more US military intervention in the Middle East and Latin America.”

Aside from the obvious problems with the national police arbitrarily invading citizens’ homes, what is even more disturbing is that, while virtually ignoring truly dangerous people, such as murderers of health-care providers and armed, racist paramilitary groups, they are targeting peace activists. But this is nothing new. Eugene Debs served years in jail for refusing to recant his statement that the First World War was “a capitalist’s war.” Emma Goldman was deported for similar sentiments.

Former Agent Rowley, when asked if there is any difference in the way the FBI conducts its business—consciously and deliberately abrogating civil liberties—now and during the Bush II years, categorically states that there is, in fact, no difference.  Rallies are scheduled for tomorrow, around the country. A full listing of where and when they are being held can be found at Fight Back!

As Barack Obama proves that he is nothing more than a handsome, intelligent and eloquent version of Bush II, and this nation moves closer to outright totalitarianism, it is imperative that we exercise our right to freedom of speech while we still somewhat can. The word “terrorism” has been bandied about as carelessly as that other bette noir, “socialism.” Webster’s defines terrorism as “the systematic use of terror, especially as a means of coercion.” Following this definition, it is clear that the greatest purveyor of terror, at home and abroad, is the corporately owned, militarist US government and its agents. We have to let them know that we will not be cowed into submission and indolence by their Stalinist tactics and that we refuse to allow them to continue funding mass murder with our tax dollars. If you can, please attend these rallies and show your support for free speech and thought. 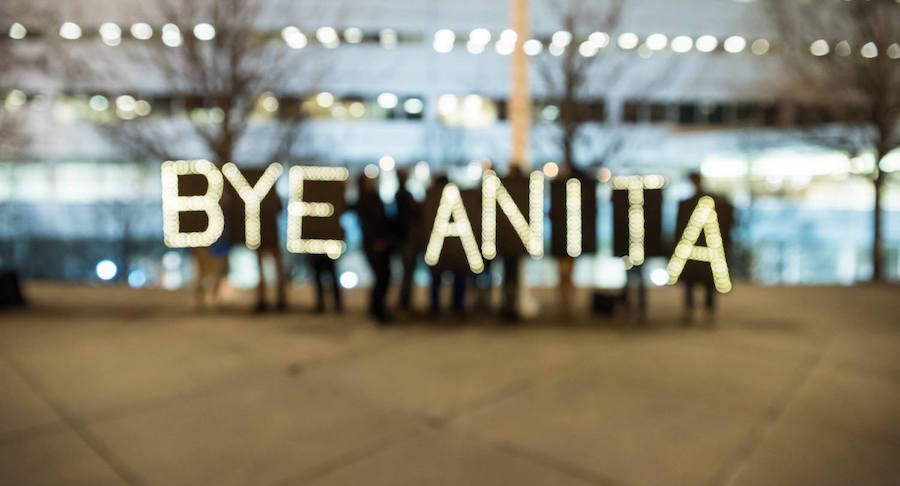