[NEW YORK, NY] Occupy Wall Street activist George Martinez’s campaign for the U.S. House of Representatives may have initially been labeled a quixotic effort by the press but it is quickly proving to be otherwise. In an endorsement vote tally released on June 19th by Democracy for New York City (the New York chapter of Howard Dean’s Democracy for America) George Martinez trailed incumbent Nydia Velazquez by a mere 8 points at 40% while Erik Martin Dilan and Daniel O’Connor each pulled less than 5% of the group’s endorsement votes. Specifically, Nydia Velazquez 48%, Erik Dilan 4%, George Martinez 40%, Daniel O’Connor 4%, source DFNY*

Block by Block
Martinez’s Occupy-inspired grassroots campaign model, appropriately named Bum Rush The Vote is breaking new ground with grassroots, socially-viral campaigning. Building a foundation for what Martinez calls a “direct democracy engine” his campaign will be bringing the “People’s Assembly” platform (a localized, organic deliberative body, that helps to build consensus for work priorities, and manage and administer community resources) to formerly disempowered sections of the 7th district. Moreover, as a celebrated hip-hop artist, Martinez hopes to deliver these tools of consensus with a fun hip-hop backdrop as he and his group Global Block tour the 7th district while they shoot the music video for their upcoming release “Block by Block & City by City.” The schedule of the video shoots are as follows…

Impossible to Ignore
Only a few weeks after their initial press-push the Bum Rush the Vote campaign has become impossible to ignore. With a wordpress blog, a few excited volunteers and an initial budget of less than $500 dollars Martinez canvassed for signatures and earned a place on the ballot, was able to defeat a ballot challenge in court and proceed to the CD-7 primaries. Despite eschewing any large campaign donations Martinez’s grassroots groundswell of energetic supporters lead to profiles in dozens of media outlets including New York Magazine, The Hill, Telemundo 47, and the front cover feature for the June 13th-19, 2012 issue of The Village Voice. 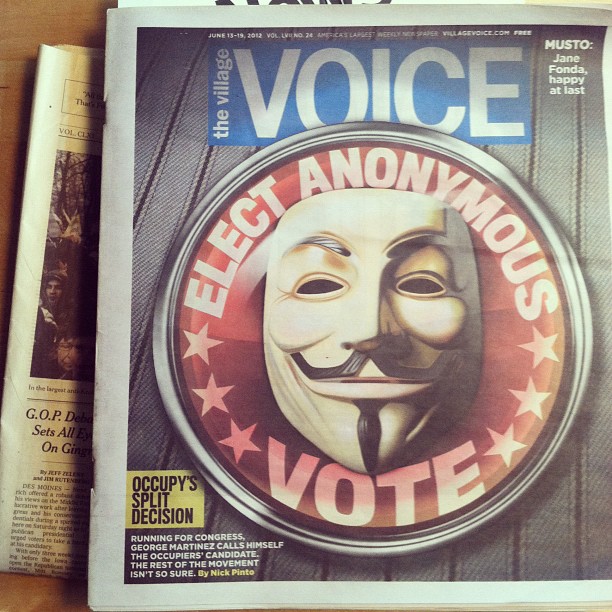 “The resources are available in our communities to take back our government from the crooked and the ineffectual.” say’s Martinez, “It is time to take the power back from the people who think that political office is theirs to trade back and forth, and who sell their legislation to the highest bidder. This is a Bum Rush, we are running up to the halls of power, and we cannot be ignored!”

To request a fact sheet, high resolution photos, or to arrange an interview with George Martinez or a representative of his campaign please contact Deputy Campaign Manager Cecily McMillan at cecilymcmillan@gmail.com or via phone at at (404) 468-1034. For more information on Bum Rush the Vote visit http://BumRushTheVote.net