FERGUSON, MO — A St. Louis County Grand Jury returned Thursday and with them a decision as to whether or not to levy charges against Darren Wilson for the August 9th shooting of Michael Brown Jr. Despite having the Grand Jury’s decision, St. Louis County Prosecutor Robert McCulloch, for logistical purposes, has opted to announce the jurors’ conclusions on Sunday morning. Area schools have responded by announcing closures for next week, and over the next 48 hours, the media, who has once again descended upon Ferguson, MO, will repeat iterations of the same lede, variations of hysterical accounts, or ominous foreshadows of impending violence. Few will ask how locals about their desires to create a more equitable Ferguson and even fewer will provide a platform to those who already laying the foundation for that prospect. We set out to fill this void.

Last week, with support from Hands Up United, Sparrow’s Andy Stepanian and Jeff Wirth of Burning Hearts Media created the video communiqué above. This 9-minute clip provides a surreal temperature check of what it is truly like during these uncertain hours on the ground.

In an effort to forego our own analysis, and keep the focus on the community of Ferguson, attached below are statements from the community members and activists we interviewed. Please consider sharing their words this weekend in place of the hyperbolic headlines that will otherwise occupy your timelines:

“I wish that they would have did the right thing. I wish that . . . This was a golden opportunity for our politicians to be on the right side of history, but they chose not to. So for me, man, it’s like . . . I’ve always felt if it’s “fuck us,” then it’s “fuck you” toward the system.” —Tef Poe, Artist, Activist & Cofounder of HandsUpUnited.org

“Until the Governor chooses to truly address the systemic issues that the murder of Michael Brown brought to the surface for many Americans, no press release or commission board will truly help this community move forward from this tragedy” — Ashley Yates, Co-creator of Millennial Activists United

“For nearly 100 days, the preponderance of violence has come from the hands of police. We have proven we can peacefully assemble and function at a protest, can the police say the same?” —Community Organizer Damon Davis

“You’re killing young, black youth, my age, in the streets. We ’90s babies, ’80s babies. I don’t give a fuck how many guns you got, none of that. We react off our feelings.” —Community Organizer, Low Key

“Governer Nixon’s choice to act unilaterally in this police plan is a slap in the face to every protestor who has worked tirelessly over the past 90+ days to reach peaceful solutions.” —Taurean Russell, Cofounder of HandsUpUnited.org

“If Governor Nixon wants to instruct police as to how to respond to protestors he need not look any further than the rules of engagement issued by the Don’t Shoot Coalition” — Montague Simmons, Coordinator for The Organization for Black Struggle

“I’m not here to try to validate the justice system, because there’s a lot of changes that need to occur. But the indictment of Darren Wilson is the first step of many that need to take place. We got to get him indicted first.” — David Whitt, The Canfield Watchmen

“When they actually offer something that stares in the face of anti-black sentiments that exist in this country, when we actually start to talk to each other and hear each other, and we don’t throw the race card term around, we don’t throw the racism word around, this innocuous word that no one knows what it means, when we actually sit down and we go, ‘No’ these systems that we have in place are anti-black. These policies that we have in place are anti-black. This shoot-first, ask-questions-later is anti-black. The way that we treat our black slain men and women in the media after they’ve been gunned down and can no longer speak for themselves is anti-black. When they throw that political bone, and we can actually address it and start to make change, then we’ll be satisfied” — Ashley Yates, Co-creator of Millennial Activists United 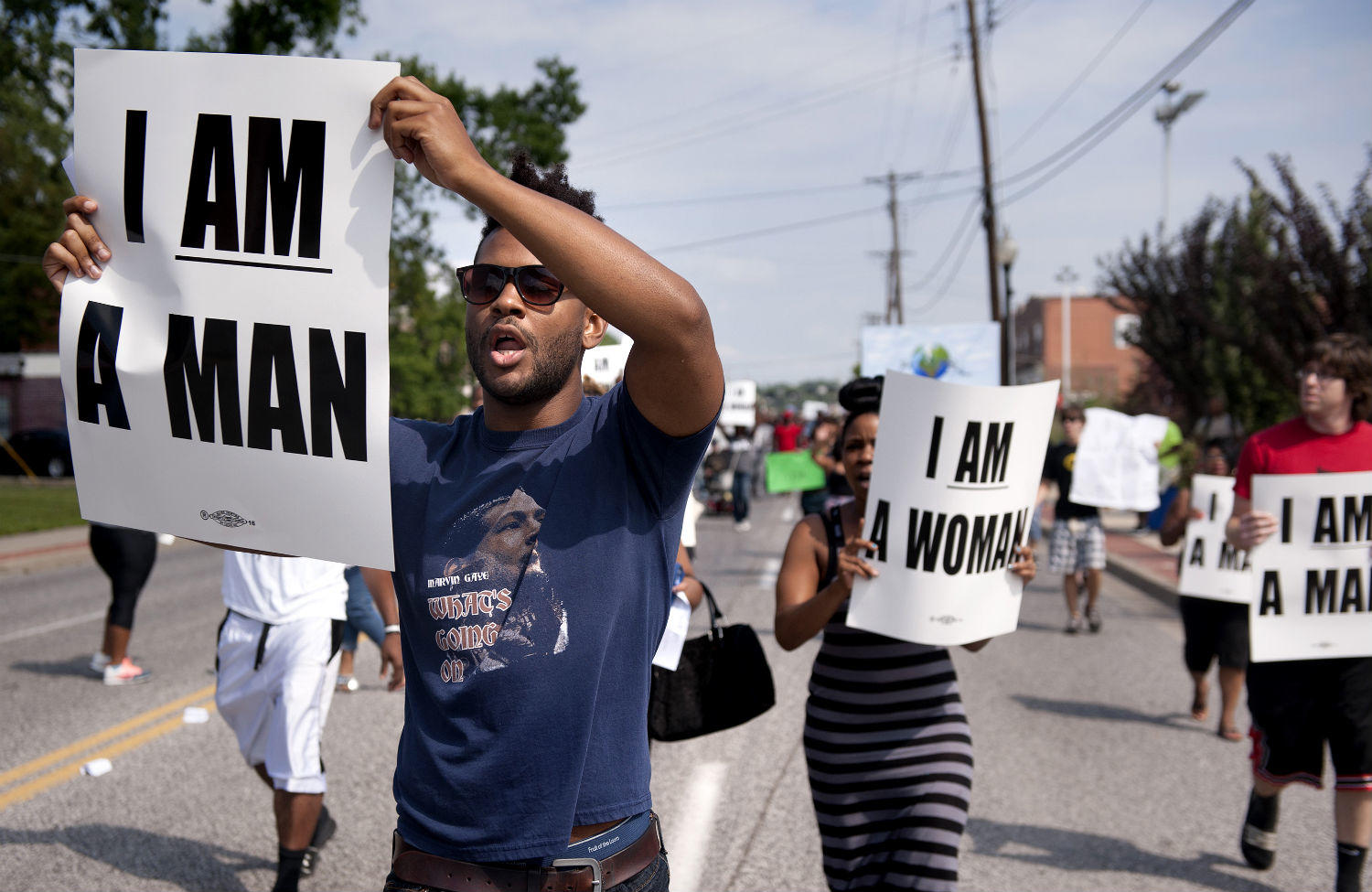